He was saying this after Information minister Monica Mutsvangwa announced in a post Cabinet brief on Wednesday that final examination classes will reopen face to face lessons on Monday.

The resolution of the teachers’s salaries is long overdue as Minister of Public Service, Labour and Social Welfare, Professor Paul Mavima promised last year that by January 2021 government would have huge steps towards the restoration of pre-October 2018 salaries for teachers.

“To date, no roadmap has been shared. Government has only resorted to adjusting salaries in line with inflation. The same value of low salaries has been maintained under the guise of increments,” Masaraure added.

Government has been increasing teacher’s salaries as per rate of inflation which actually does not translate to a salary increase since its value remain the same. As a result, teachers are losing patience with the government that has resorted threatening to withhold teachers’ salaries under a “no-work-no pay principle” if they strike.

In line with the reopening of schools, government has set aside ZWL$ 500 million for safe schools opening but Masaraure said the money is inadequate.

“This translates to ZW$ 100 per learner. Almost USD 0.75 cents. This is inadequate for funding adherence to Standard Operating Procedures in schools. Government should deploy enough resources for safe schools opening,” he said. 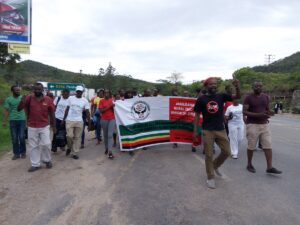 The Amalgamated Rural Teachers Union of Zimbabwe (ARTUZ) is an organisation founded in 2009, working for the improvement of the working conditions of rural teachers as well as the right to education in rural areas of Zimbabwe.

Our comprehensive position on schools opening.https://t.co/RBwRPOZMUe
Way forward: Monday 30 August is a national day of action to #SaveOurEducationZw Gvt should be forced to assume its constitutional mandate of funding basic education. @zimlive @ZctuZimbabwe @MutasaPeter