Zesa Workers Give 2 Weeks Notice To Strike For Salaries

Published by Sydney Chako on October 1, 2021

Zesa Workers Give 2 Weeks Notice To Strike For Salaries

Zimbabwe Electricity Supply Authority (ZESA) workers have given the Public and Social Welfare Ministry two weeks notice that they will down tools if their salaries are not reviewed.

On Wednesday, the workers sent a notice letter to the Public and Social Welfare Ministry that they were organising to stage a demonstration at the offices of management.

"Notice of intention to resort to collective job action," read part of the letter seen by Nehanda Radio.

They are complaining that the lowest paid ZESA employee is earning ZWL 9 000 (approx US 100) whilst controvesial consultants appointed by ZESA executive chairman Sydney Gata are taking home US$ 16 000 per month. 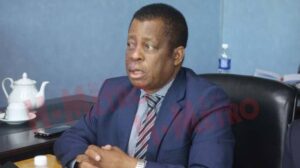 This comes as ZESA is under fire over allegations that it allowed Gata to appoint nephews and cronies to top executive posts, with salaries of more than US$16 000 a month and top of the range cars.

The demonstrations were initially scheduled for yesterday (Thursday), but according to Nehanda Radio they ended up giving authorities two weeks notice to resolve their differences or else they down tools.

"They have given a 2 weeks notice to down tools if their salaries are not attended to as happened with consultants," a ZESA source told Nehanda Radio.

Another letter directed to Mnangagwa’s office on the 23rd of September 2021 written jointly by Energy Sector Workers Union of Zimbabwe (ESWUZ) and Zimbabwe Energy Workers Union (ZEWU) highlighted the issue that management representatives do not have mandate to award salary increases. In the letter, the workers implored President Mnangagwa to empower the management with the capacity to review their salaries.

Part of the letter read:

"The failure to urgently resolve and put to finality 2021 Bargaining Negotiations (CBN) issues issues as has been achieved by government and other parastatals has the force and effect of causing service disruptions which is not in the best interest of workers and the nation at large.

"Management representatives have been claiming since January 2021 that they do not have any mandate to award increases from their boards and the minister.

"We are aware, Your Excellency, that you declared ZESA Workers a National Asset when you officially unveiled new operational Trucks as ZESA Enterprises much as you paid homage to the same workers for holding fort and providing labour without measure during the entire Covid-19 lockdown.

"Management, Boards and the Minister do not seem to share your visions.”