Teachers are not incapacitated says Public Service, Labour and Social Welfare Minister Paul Mavima. Mavhima said that teachers are lying that they are incapacitated to report for work as the Government has effected a cumulative of over 90 per cent salary increment since the beginning of the year.

"I don’t agree with the assertion that teachers are incapacitated because in our last increment the representatives of the workers endorsed the offer saying it more or less reflected their expectations.

"We have adjusted salaries by over 90 per cent since the beginning of the year and I think this amount shows our desire to improve the conditions of the workers", said Mavhima.

A week after the schools opened, about 30 per cent of teachers are yet to report for duty, saying they do not have money for bus fare to travel to their posts.

Teachers are demanding that government reverts to the pre-October 2018 salaries of between US$520 and US$550 or the equivalent in local currency. 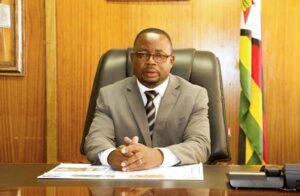