The Zimbabwe School Examinations Council (ZIMSEC) is a parastatal under the Ministry of Education, Sports and Culture. It was formed in 1996 for the purpose of administering public examinations in Zimbabwean schools.

According to the National Academic Recognitiation Centre (NARIC) of United Kingdom, Zimsec academic qualifications are internationally recognised and equivalent to the General Certificate Of Education Standard offered in the United Kingdom, Australia, New Zealand, United States of America and the other English-speaking countries.

Zimsec certificates are issued only for subjects in which candidates achieve grade E or better. This means that any subjects scored less than E wont appear on the certificate.

Zimsec does not combine grades obtained from various sittings

ZIMSEC cannot combine grades obtained from various sittings into a single certificate. A June exam and a November exam of the same year are two different sittings.

When a certificate is lost, ZIMSEC does not issue a duplicate certificate

The ZIMSEC certificate is issued once , so keep it safe. ZIMSEC does not issue a duplicate certificate for a lost certificate, so candidates are advised to laminate their certificates for protection against natural elements such as weather.

Replacement is given in the form of a certifying statement of results which is given after a fee has been paid, The certificate remains the property of Zimsec.

Certificates tampered with are nullified by ZIMSEC without replacement

Tampered with certificates, such as those altered by pen or computer, are nullified by ZIMSEC without replacement. Any alteration of a certificate renders it invalid,

Your work is good 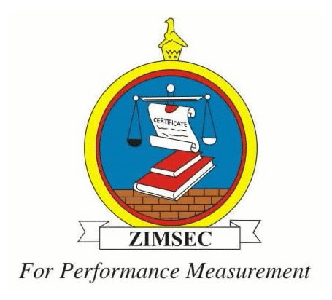 No Clear Timelines For Grade 7 Results Release: Zimsec THE Zimbabwe Schools Examination Council (Zimsec) says it is unable to reveal the timelines and dates when Grade 7 examination results are expected to be released Read more…