An atom is the smallest particle of matter that cannot be broken down by chemical means. Each atom consists of a nucleus and a number of particles called electrons that orbit around it. The nucleus is itself a cluster of two kinds of particles, protons and neutrons. The diagram below shows how an atom looks like, magnified many millions of times. The electrons are shown in blue, protons in red and neutrons in green.

The protons and neutrons cluster together in the centre, forming the nucleus; this is the heavy part of the atom. the electrons circle very fast around the nucleus, at different energy levels from it; these energy levels are called shells. Since electrons are so light, their mass is usually taken to be zero. Since they make up the atom, protons, neutrons and electrons are often called sub-atomic particles.

The total number of protons and neutrons in an atom is called its nucleon number and is given symbol A.

The nuclide notation is represented as follows:

whereby X is the chemical symbol of the element. 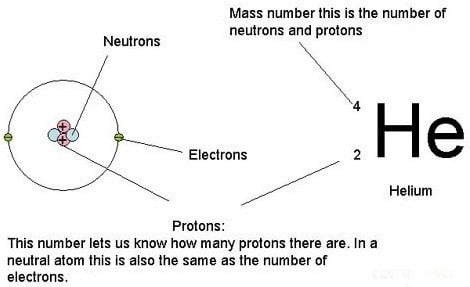 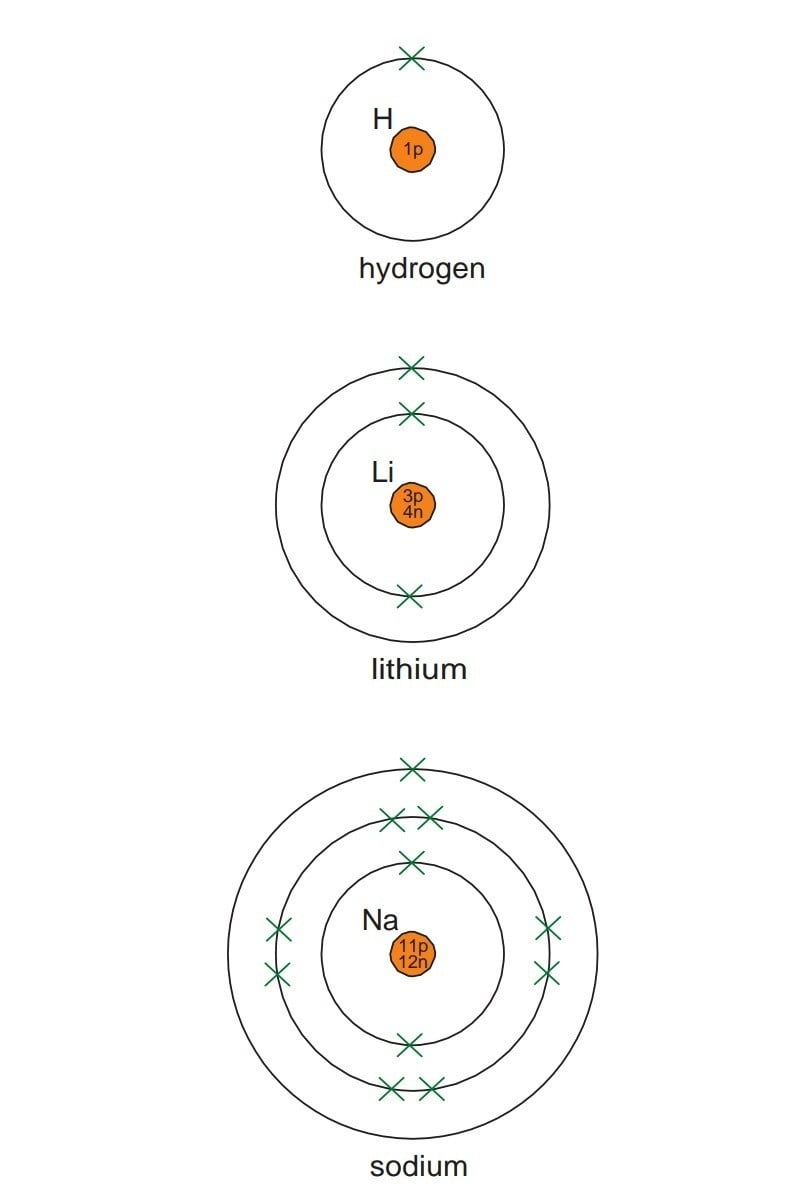 Hydrogen, the simplest atom, has 1 electron and so it has 1 shell.

Here are the first 20 elements, shown as a list: 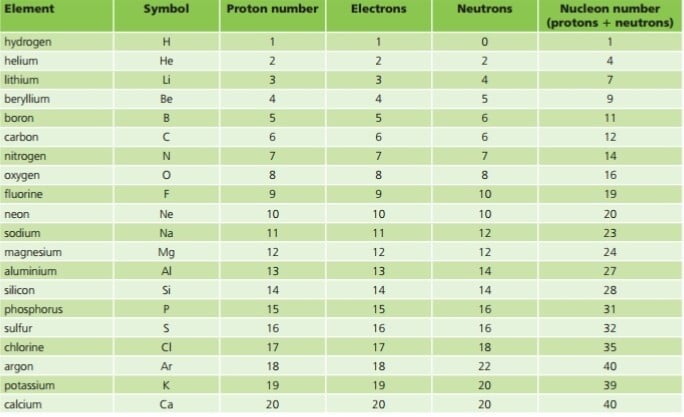 The Periodic Table is a vital tool used by chemists to predict the way in which elements react during chemical reactions. It is a method of categorising elements according to their properties.

The period number tells you how many shells there are. All the elements in a group have the same number of electrons in their outer shells. So Group I elements have 1, Group II have 2, and so on. These outer-shell electrons are also called the valency electrons. The group number is the same as the number of outer-shell electrons. The valency electrons dictate how an element reacts. So the elements in Group I all have similar reactions, for example.

Elements with similar chemical properties are found in the same groups. There are eight groups of elements. The first column is called Group I; the second Group II; and so on up to Group VII. The final column in the Periodic Table is called Group 0 (or Group VIII). Some of the groups have been given names.

As you can see,

The nuclide notations of elements X and Y are given below.

(i) State the number of protons and neutrons in element X. [2] (ii) Give the nuclide notation for a possible isotope of Y. [2] (iii) Write the electronic configuration of element X. [1]

An ion is an electrically charged particle. When an atom loses one or more electrons it becomes a positively charged ion. For example, during the chemical reactions of potassium, each atom loses an electron to form a positive ion, K+