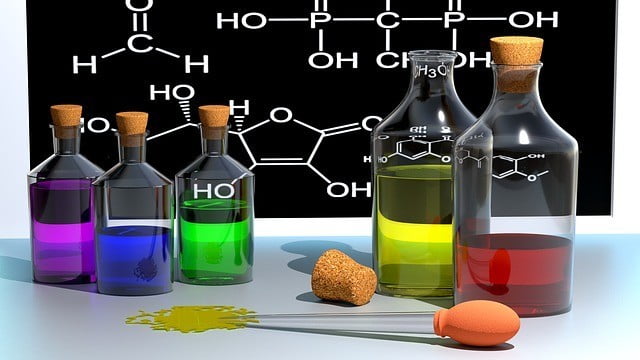 Organic chemistry is the study of carbon compounds except for the oxides of carbon, carbonates, hydrogencarbonates, and carbides of metals. Organic compounds are grouped into groups with the same general formula, same functional group and same chemical properties. Such a group is called a homologous series.

A homologous series is a group of compounds with the same general formula and same chemical properties. Each member of a homologous differs from the next member by the presence of an additional -CH2 group. Examples of homologous series are:

Hydrocarbons are organic compounds which contain carbon and hydrogen only. Alkanes and alkenes are hydrocarbons. Alcohols, Carboxylic acids and Esters are not hydrocarbons because they also contain oxygen.

Alkanes are hydrocarbons with the general formula CnH2n+2 whereby n is the number of carbon atoms in the compound.

Examples of alkanes are:

Structural formulae shows the exact arrangement of the atoms in a molecule. For example:

Displayed structural formula or graphic formula shows the arrangement of atoms and bonds in a plane. For example

A saturated compound is a compound in which all its atoms exert their usual combining with other atoms. This means that for a hydrocarbon to be saturated, all its carbon atoms must make 4 single bonds, since carbon has a combining power or valency of 4.

Alkanes are saturated. Saturated compounds are generally react by substitution, by which a new atom replaces an existing atom in the compound.

Methane is the first compound in the alkanes homologous series. Methane is formed in marshes and coal mines by the action of bacteria on organic matter. It is also the main component of biogas. Coal gas contains approximately 30% methane, and natural gas contains about 90% methane. 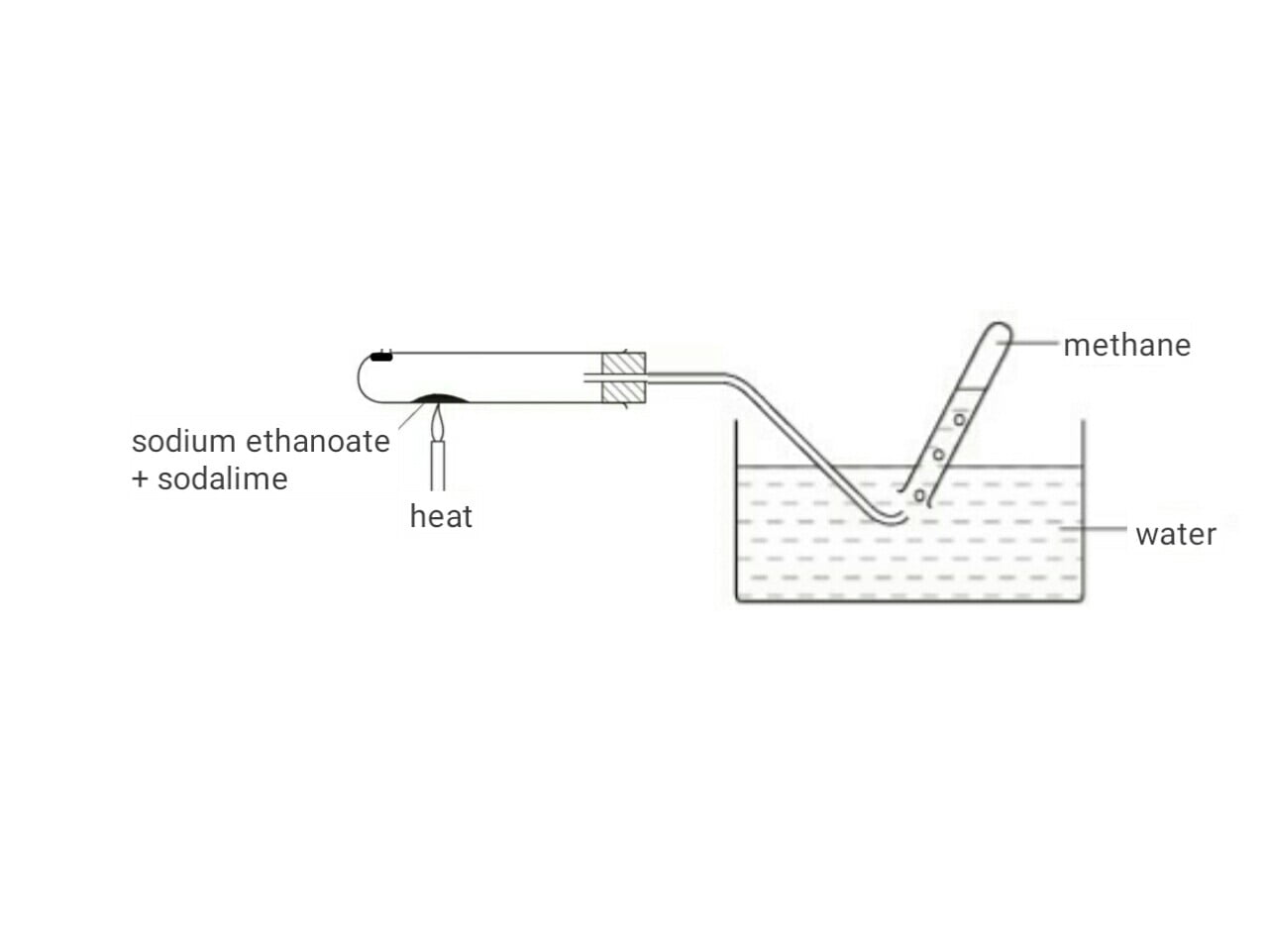 Methane is prepared in the laboratory by heating anhydrous sodium ethanoate with an alkaline such sodalime (sodium and calcium hydroxide):

In excess oxygen, methane burns with a faintly luminous flame, forming carbon dioxide and water. A mixture of methane and air is explosive as follows:

In limited oxygen, carbon monoxide and carbon (soot) are formed as follows:

Reactions of methane and chlorine

When place in bright sunlight or spark, a mixture of chlorine and methane explodes to produce carbon and hydrogen chloride as follows:

In diffused sunlight, substitution of hydrogen occurs. One chlorine atom substitutes one hydrogen atom of methane to produce chloromethane:

Alkenes are hydrocarbons with the general formula CnH2n. An alkene has a double bond between two of its carbon atoms. An alkene with one carbon atom doesn’t exist.

Examples of alkenes are:

An unsaturated compound is a compound in which some of the atoms are not exerting their full combining power on other atoms. In hydrocarbons, this is due to the presence of a double bond forcing carbon to form less than four single bonds.

Ethene is prepared in the laboratory by dehydration of ethanol. Ethanol vapour is passed over hot aluminium oxide at about 400°C and collected over water.

Ethene burns in air with a bright smoky flame:

Hydrogen reacts with ethene when passed over a catalyst of heated nickel or platinum to form ethane. This a simple example of hydrogenation of alkenes.

Chlorine and bromine also adds to ethene under the influency of sunlight to form dichloroethane and dibromoethane respectively:

Ethene and steam react at about 300°C, 70 atm pressure and catalyst phosphoric acid to form ethanol.

Alkanes and alkenes can be distinguished by the fact that alkenes decolourises bromine water.