The main purpose of canvas element is to manipulate 2d graphics or create them from scratch, rather than simply embedding existing media like what the audio and video elements do. It creates a drawing surface within an HTML document and exposes a powerful drawing API also known as the 2d rendering context. The <canvas> element together with its JavaScript API is capable of doing some pretty amazing stuff such as :

The <canvas> was first introduced by Apple for creating dashboard widgets in Safari 1.3, and is supported by Firefox form version 1.5 upwards, Opera from version 9 upwards and all versions of Chrome. The <canvas> tag is not supported by IE before IE 9.

Most of the Canvas drawing API is not defined on the <canvas> element itself but on a “drawing context object exposed by getContext() method of the canvas. The getContext() is called with the argument “2d” to obtain a CanvasRenderingContext2D object that can be used to draw two-dimensional graphics into the canvas.

Take note that the canvas element and its context object are two different objects.

As you can see from the example above, we started by creating two canvas tags, one with id “square” and the other with id “circle” in html. Next we assign the canvas element to canvas variable in javascript using var canvas = document.getElementById("square");. After that, we get the “2d” context of the canvas and use it to draw our shapes.

Getting to know the canvas element

The <canvas> element requires no external plugin to use it. All you need is to know the basics of HTML 5 and JavaScript. Lets see another example on how to add the canvas element on an HTML 5 page.

Getting to know the “2d rendering context”

The 2d rendering context is accessed through the canvas as follows: var context = canvas.getContext("2d");

In canvas, the y-axis coordinates run in the opposite direction, from top to bottom and the origin is in the top-left corner as shown by the diagram below: 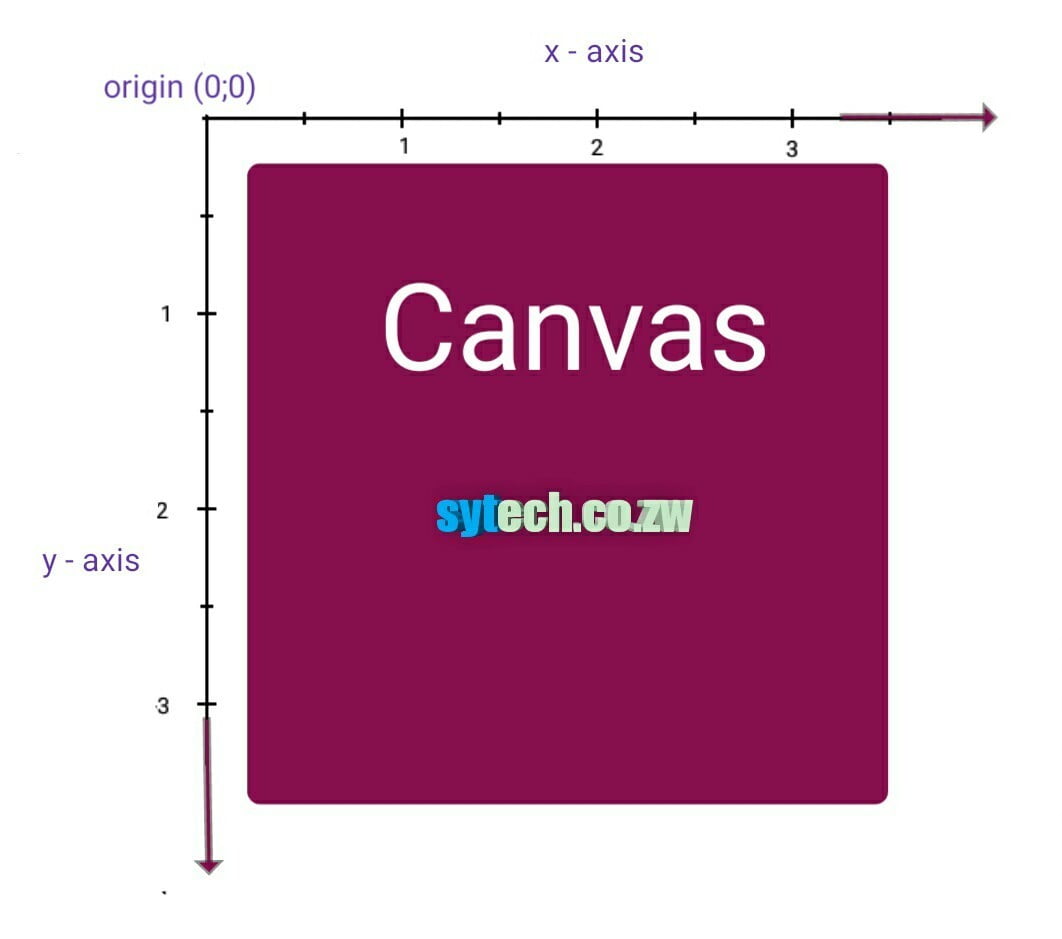