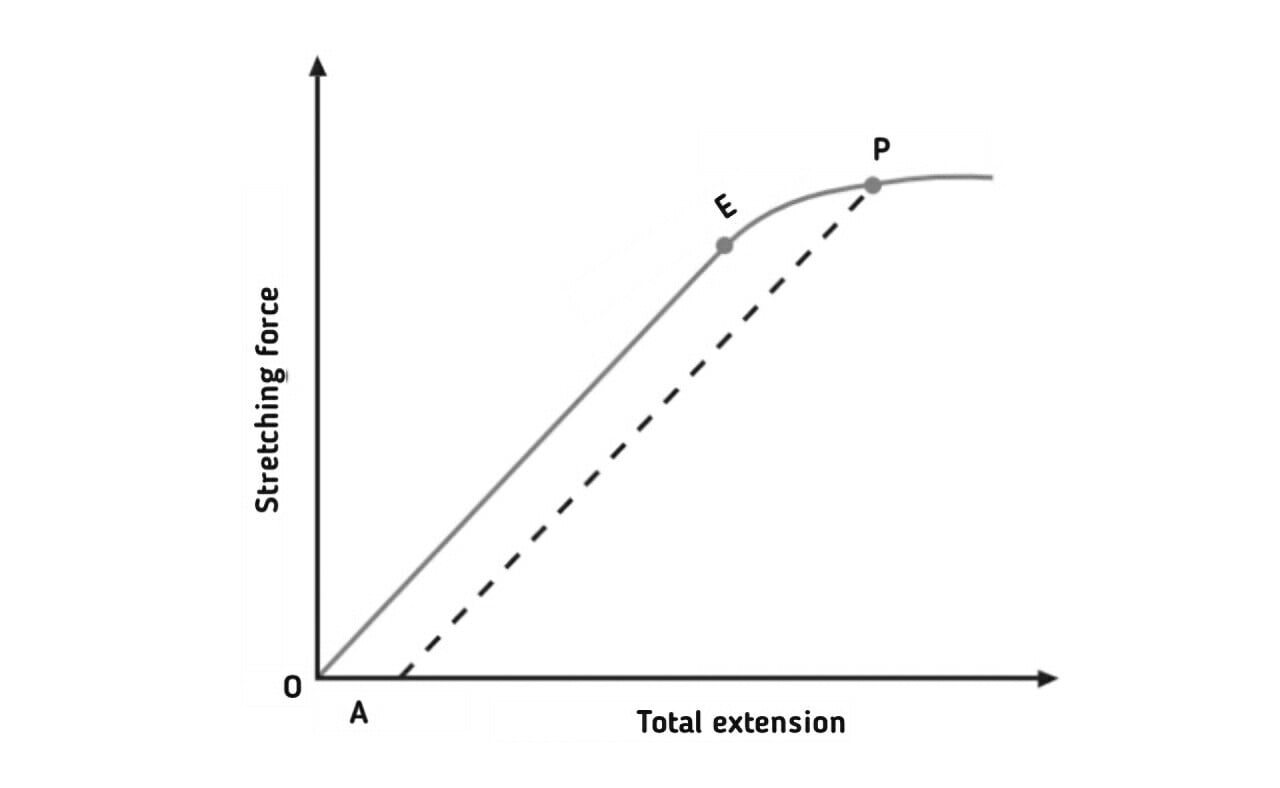 About 350 years ago, a scientist named Robert Hooke discovered that the extension of a material is proportional to the stretching force provided that the material is not permanently stretched. This is now known as Hooke’s law.

Mathematically, we can write this as:

One important thing to note is that, Hooke’s law is true only if the elastic limit or limit of proportionality of the material is not exceeded. 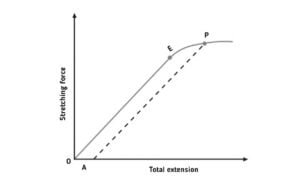 The diagram above shows a graph of force versus extension of an object stretched beyond its elastic limit, E. From O to E, the object obeys Hooke’s law as shown by the graph that OE is a straight line passing through the origin O. If the force had been removed at E, the extension of the object would have return to 0. If the force is applied up to point P on the graph, the proportionality limit is exceeded and on removing the force some of the extension (OA) remains.

If an experiment is performed to verify Hooke’s law, the conventional way of plotting the results would be to have the force on the horizontal axis and the extension on the vertical axis. The reason being that in the experiment we vary the force (which makes force the independent variable) to produce a resultant change in extension (which make extension the dependent variable). However, the graph above has extension on the horizontal axis and force on the vertical axis. This is usually done because the gradient of the straight section of this graph becomes an important quantity, known as the force constant of the spring.

The force constant is the force per unit extension.

The stiffer spring the larger value for the force constant k.

Young modulus is the ratio of stress to strain.

Young modulus is a constant for a particular material and does not depend on its shape or size.

whereby E is the Young modulus of the material, σ (sigma) is the stress and ε (epsilon) is the strain.

The SI unit of the Young modulus is the same as that for
stress, Nm−2 or Pa.

If we plot the stress-strain graph of a material, with stress on the vertical axis and strain on the horizontal axis, the gradient is the Young modulus of the material.

Here are the Young Modulus values of some materials: