Electronic communication is the movement of informtion from one point to another through the use of electronic media such as computers, e-mail, telephone, video calling, FAX machine, etc

Communication is basically the exchange of information between a group of people. The importance of communication is for people to share their thoughts, feelings, and ideas. Communication can either be verbal, nonverbal, print, and electronic displays, etc.

Electronic communication systems are made up of the following components: 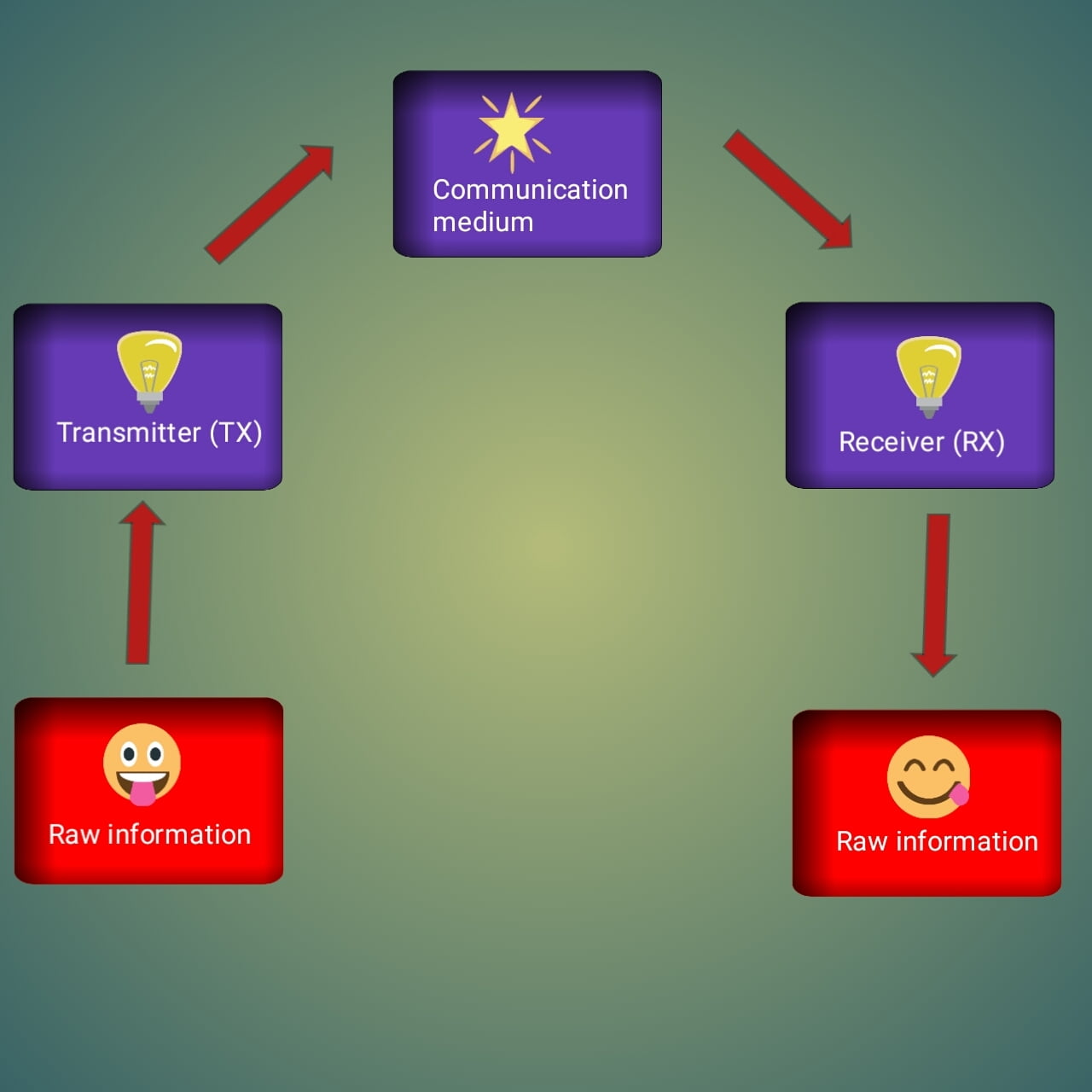 The process of electronic communication begins with raw information such as speech, music, a text message or any kind of data that has to be transmitted. If the raw information is not in form of an electric current, a transducer is used to convert it into an electric current. For example, a microphone is a transducer used to convert a sound wave (mechanical vibration) into a corresponding electronic signal.

The electronic signal is then fed to the transmitter, which then converts it into a signal suitable for the transmission medium. The signal then travels through the medium until a receiver picks it at the other end. The receiver converts it back into the original information that has transmitted, for example speech.

The signal also picks up noise during transmission which degrades the transmitted information. Sometimes the receiver incorporates additional circuitry to filter out the noise and reconstruct the information.

After the information had been picked up by the transducers and converted into an electronic signal, the next step is to convert it into a suitable form suitable for transmission. For example if we are to transmit speech, a microphone (transducer) converts the sound (vibrations) into a corresponding electronic signal.

The transmitter itself is a device that converts an electronic signal into a signal that is suitable for transmission through the given medium. For example if the medium is:

Transmitters generally consists are of oscillators, amplifiers, modulators, frequency mixers and other circuits. Whatever the medium of transmission is, a transmitter is there the make the signal compatible with the medium.

The communication medium is the path taken by the signal from
the transmitter to the receiver. There are two types of media:

Unguided media include free space in which signal travels in form of:

An electrical conductor (e.g. coaxial cable or sheathed pair cable) is the simplest form of a communication medium that carries information in form of an electric current. Examples of its usage are:

Optical fibre is a better guided medium that an electrical conductor. It carries the information in form of a light wave. The best example of its usage is widely in telecommunication companies to carry all internet communications and long distance calls.

Unguided medium over long distance makes use of radio waves. Radio waves is a broad category of electromagnetic waves including microwave and TV waves. The waves are modulated by the information into varying frequencies (frequency modulation) or varying amplitudes (amplitude modulation).

Infrared light is also a form of electromagnetic radiation that can also be used the same way as radio waves but usually for short range communication, such as in TV remote control.

There are a lot other types of communication systems such as:

A receiver is a device that collects the transmitted message from the communication medium and converts it back to the form that is understandable by humans. Just like transmitters, receivers also contain amplifiers, oscillators and mixers. Receivers also contain a demodulator which removes the carrier wave and converts the received information into the original signal.

The output of the receiver (the original signal), which is then fed to a loud speaker, if it is sound, or a visual display, if it is a video signal. And so on.