The Zimbabwe School Examinations Council (ZIMSEC) 2021 examinations are threatened as teachers push for a full-blown strike over poor working conditions. Teachers, currently earning the equivalent of around US$115 to US$130, are demanding at least US$520 from their employer.

Speaking to NewsDay on Wednesday, leaders of different teachers’ unions said that they would convene meetings to chart the way forward on the impending strike.

Amalgamated Rural Teachers Union of Zimbabwe (ARTUZ) president Obert Masaraure warned that if teachers’ salaries are not reviewed by October, this year’s public examinations will be aborted.

"Teachers are calling for a school shutdown. We are holding salaries indabas beginning tomorrow (Thursday) to map the way forward.

"A union position will be announced at the conclusion of the consultation process. We warned that if salaries are not reviewed by October, examinations will be aborted.

"The failure by the government to resolve the salary crisis has collapsed the education sector," said Mr Masaraure.

Progressive Teachers Union of Zimbabwe (PTUZ) secretary-general Raymond Majongwe said their members were pushing for job action because they are failing to make ends meet.

"Teachers are very agitated and bitter. The life of a teacher is now very miserable. Teachers can’t make ends meet.

"These past two years have seen teachers going through the worst experience since independence," said Mr Majongwe.

Zimbabwe National Teachers Union (ZNTU) chief executive officer Manuel Nyawo said that they were just acting on behalf of the teachers they represent.

"As representatives of the teachers, we do not act on our own, but we speak with the voice of our members. We do not command them.

"Of late, we had seen a divided reaction among teachers on calling for better wages, but this time around, they are speaking with a very loud voice.

"They are tired. They can’t cope up with the economic crisis anymore. Prices are going up, but salaries are stagnant.

"ZUPCO has hiked fares and prices for several commodities are skyrocketing, but the government has not yet reviewed its workers’ salaries, neither has it announced a plan to ensure that its workers are well catered for," said Mr Nyawo.

Ministry of Primary and Secondary Education

"The attendance of teachers is well above average in schools nationwide for both non-examination and examination classes. We are looking at around 95% of teachers reporting for duty.

"The only plausible reasons for less than 100% attendance range from transport challenges to calls for incapacitation instigated by some teachers’ unions that are being heeded by 2,5% of the almost 150 000 teachers across the country.

"There is nothing overwhelming about calls for job action that would be heeded by about 3 000 members," said Mr Ndoro.

ZIMSEC examinations are scheduled to start on 22 November for “O” Level candidates, while the “A” Level and Grade 7 examinations will commence on 29 November. 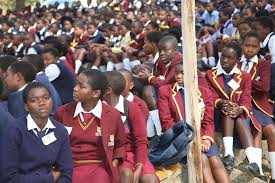