For hydrogen bonding to occur between two molecules we need:

The average number of hydrogen bonds formed per molecule depends on: 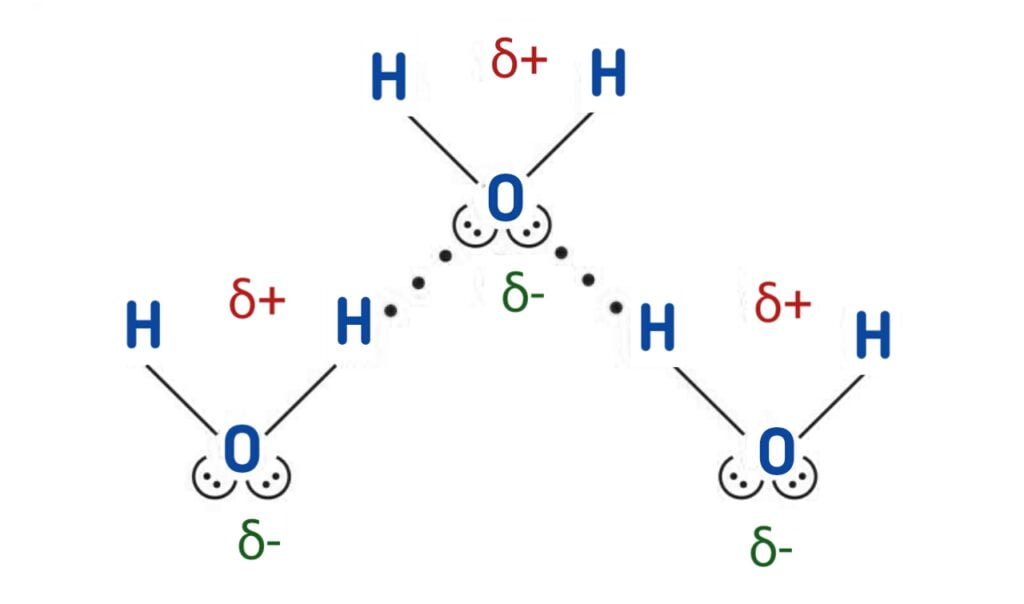 On average, water can form four hydrogen bonds per molecule. 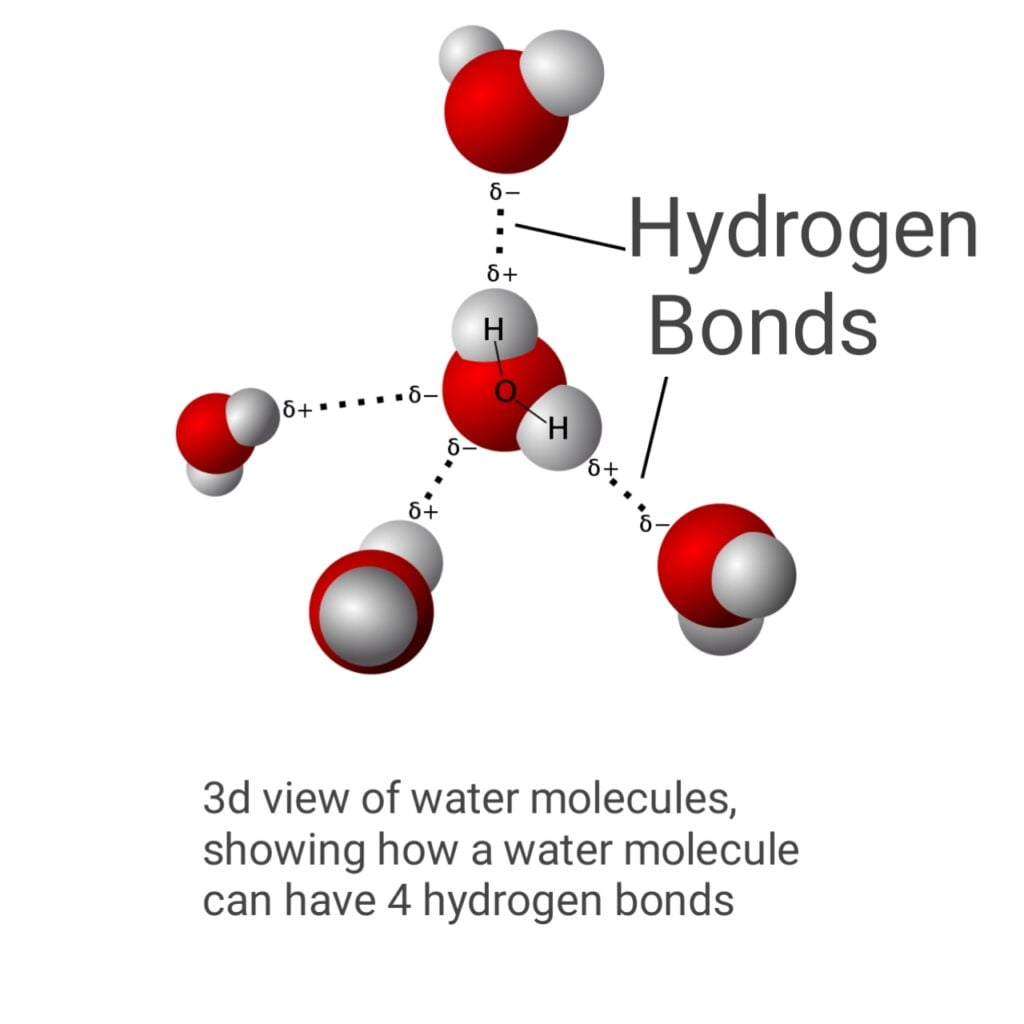 As you can see on the diagram above, ammonia can form, on average, only one hydrogen bond per molecule. That is because, though each ammonia molecule has three hydrogen atoms attached to the nitrogen atom, it has only one lone pair of electrons that can be involved in hydrogen bond formation.

Hydrogen bonding explains why some compounds have higher boiling points than expected. 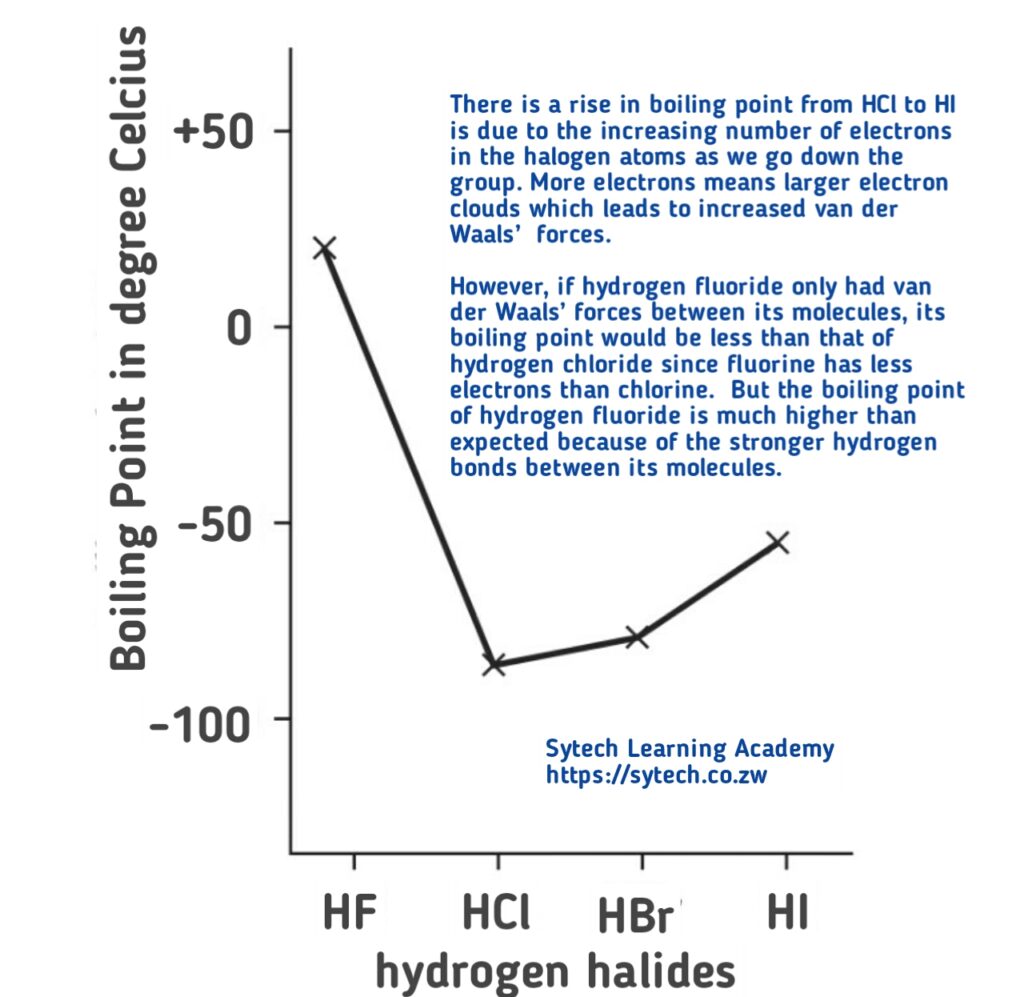 There is a rise in boiling point from HCl to HI is due to the increasing number of electrons in the halogen atoms as we go down the group. More electrons means larger electron clouds which leads to increased van der Waals’ forces. 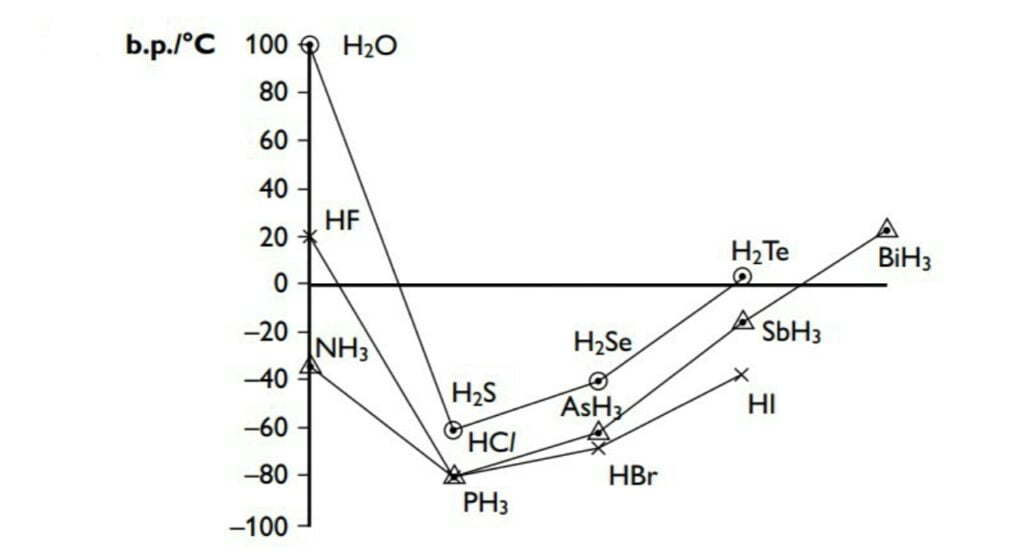 The first hydride in each group shows a much higher boiling point than expected because these compounds have hydrogen bonds, which are significantly stronger than all other intermolecular forces.

The peculiar properties of water due to hydrogen bonding

Solids of most substances are more denser than their liquids because in the solid state, the molecules are packed closer and occupy less volume. However, solid ice is less dense than liquid water because:

2. Solubility of substances in water 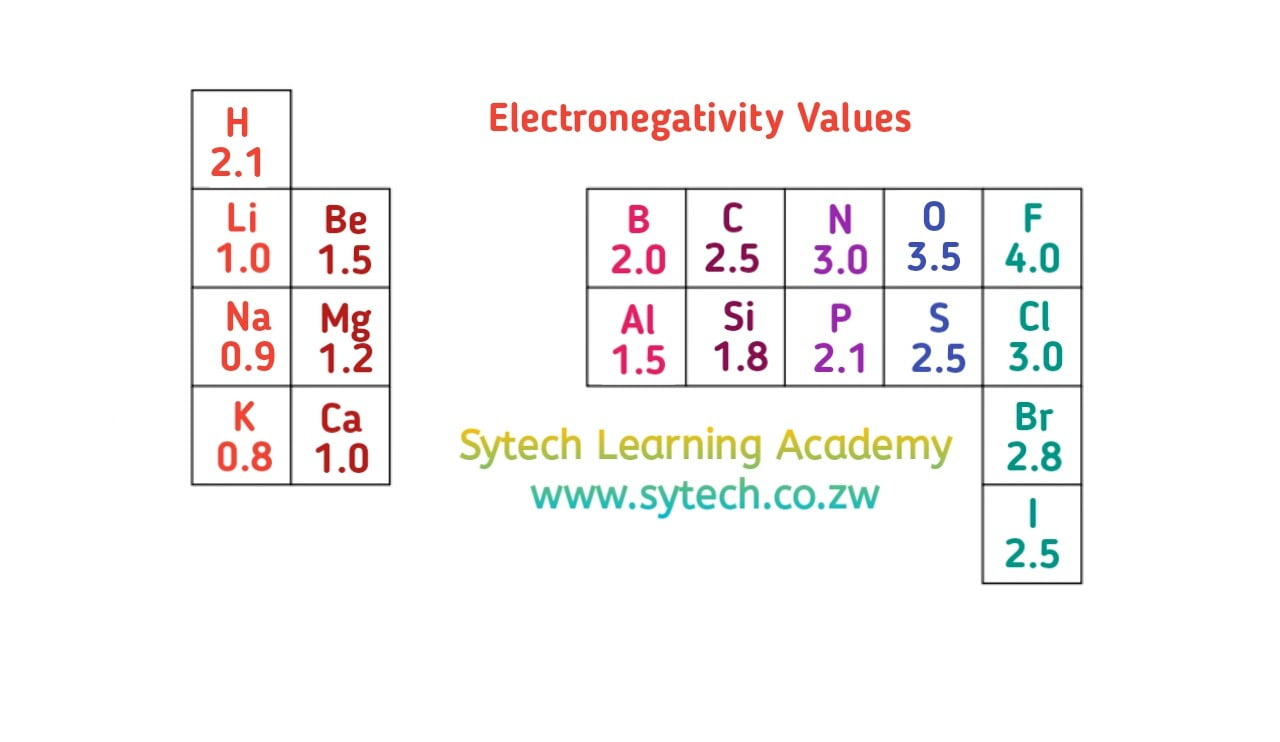 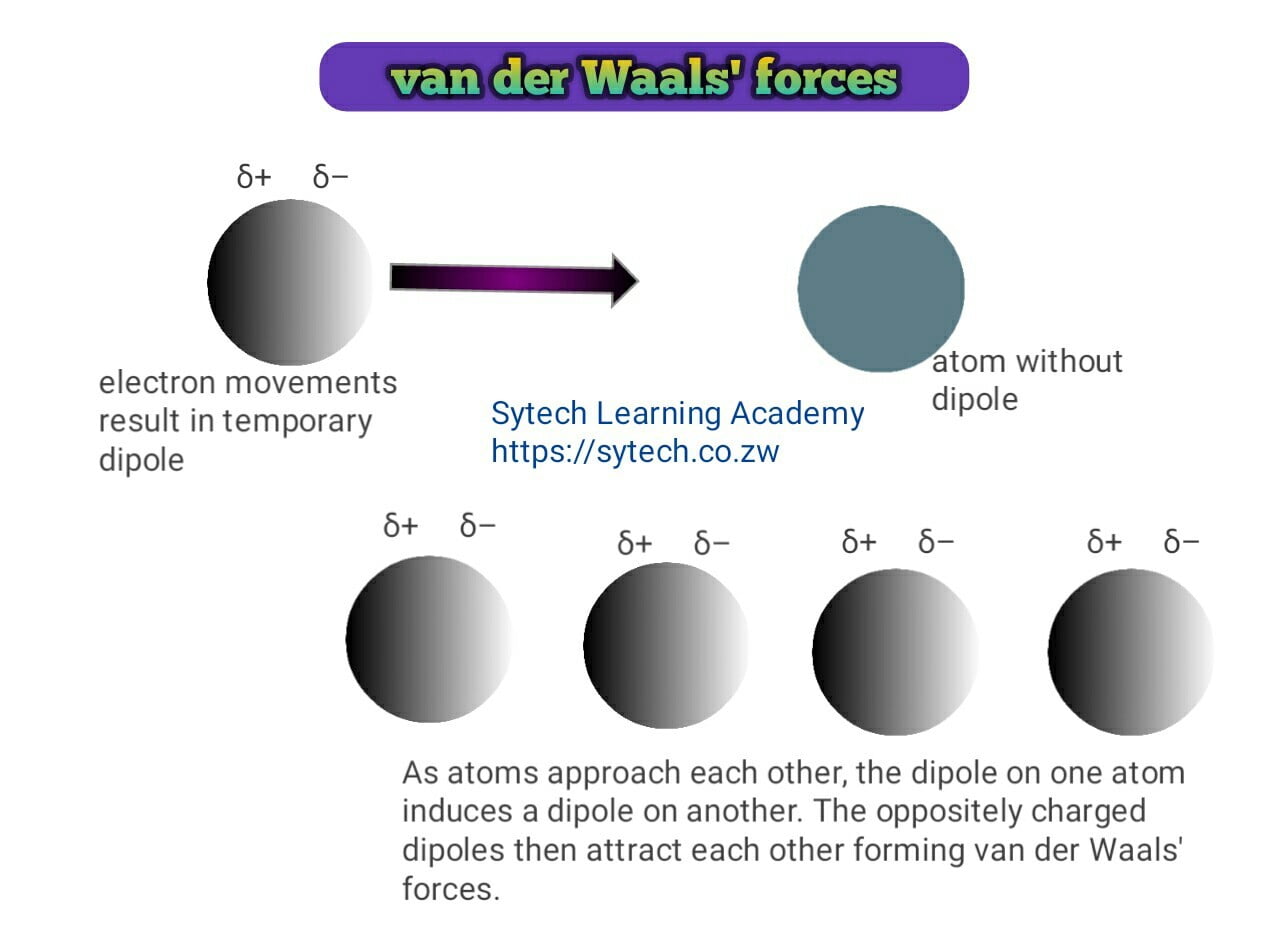