A particle is projected with a velocity of 30 m/s at an angle of arctan(0.75) to the horizontal. It hits the ground at a point which is level to the point of projection. Find the time for which it is in air. 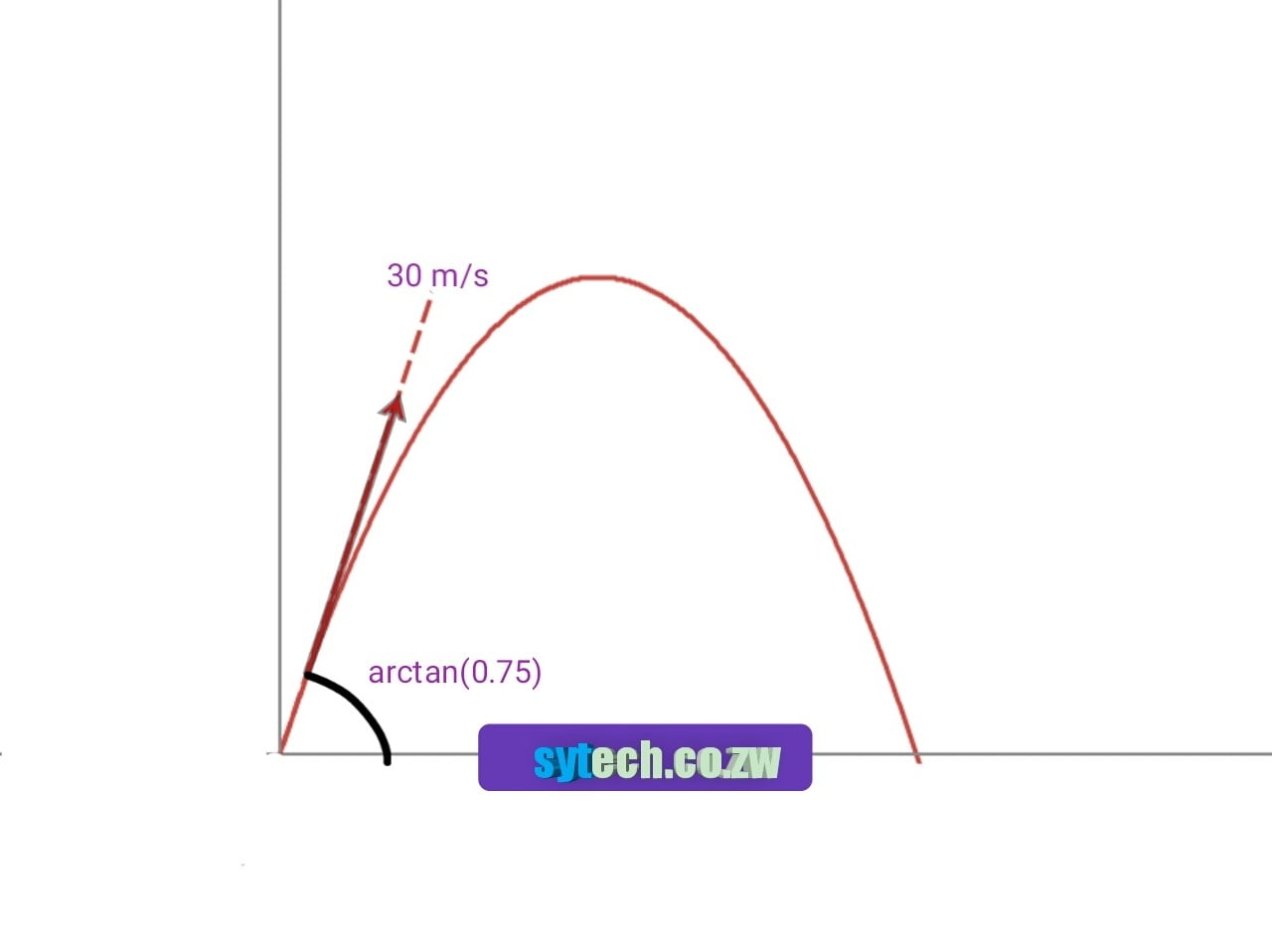 As long as a projectile lands at a point level to the point of projection, we can use the general projectile equations.

This question requires the time of flight so we use the following equation:

A particle is projected with a velocity of 10m/s at an angle of 45° to the horizontal. It hits the ground at a point 3m below its point of projection. Find the time for which it is in air and the horizontal distance covered by the particle in this time. 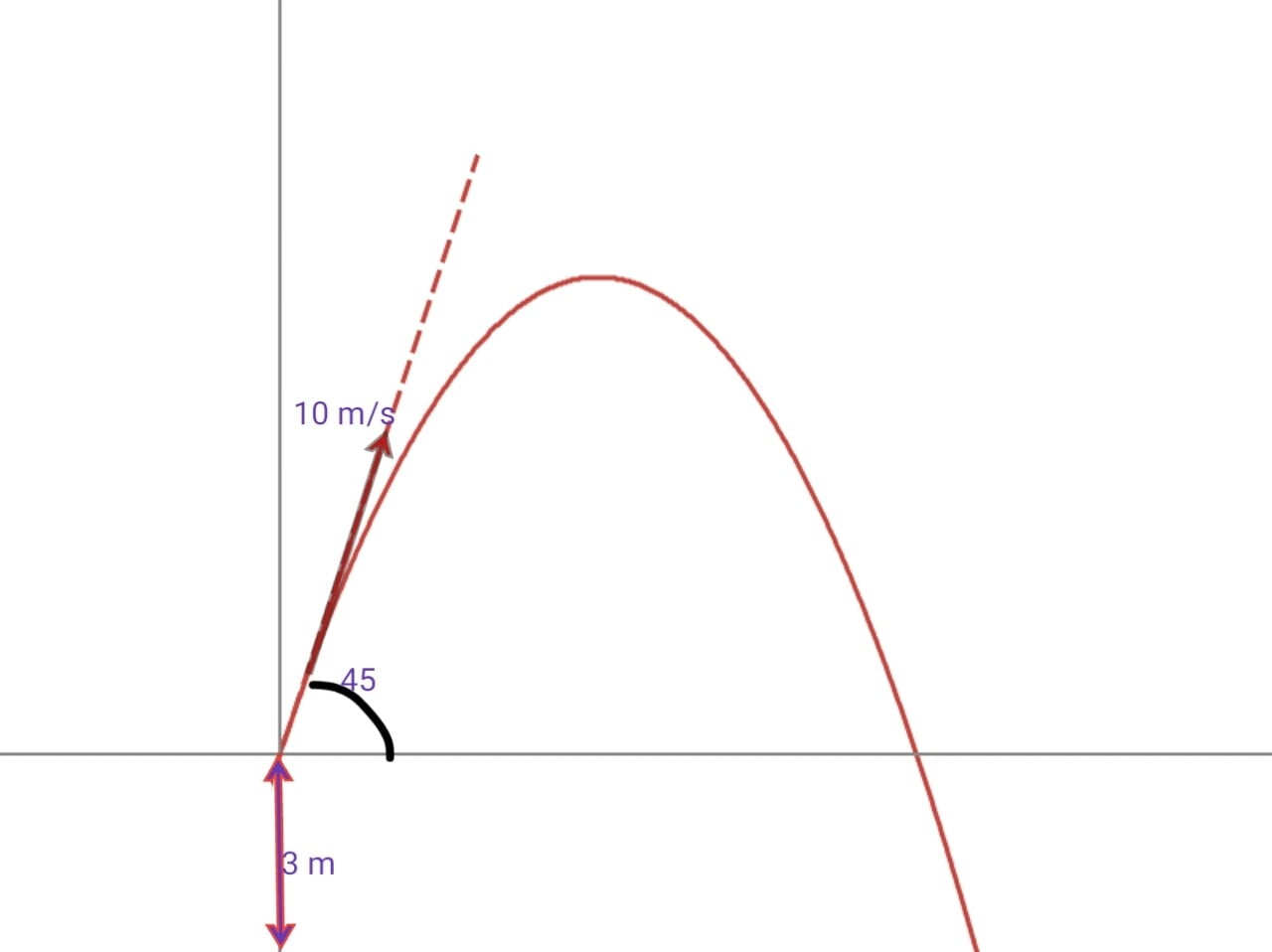 From what we can gather here: initial velocity (u) is 10m/s, the angle of projection is 45 ° and the final vertical displacement is -3m (i.e. 3m below the point of projection).

With the data above, we can use the following equation to find time:

Since the particle is thrown upwards which is against the force of gravity, the value of the acceleration due to gravity is negative.

Then we discard the negative value of t

Now that we found the time for which the particle is in the air, we can then use that time to find the horizontal distance covered as follows:

Since in projectile we take air resistance to be negligible, there is no acceleration or deceleration in the horizontal direction, which means a = 0. This leaves the equation as: 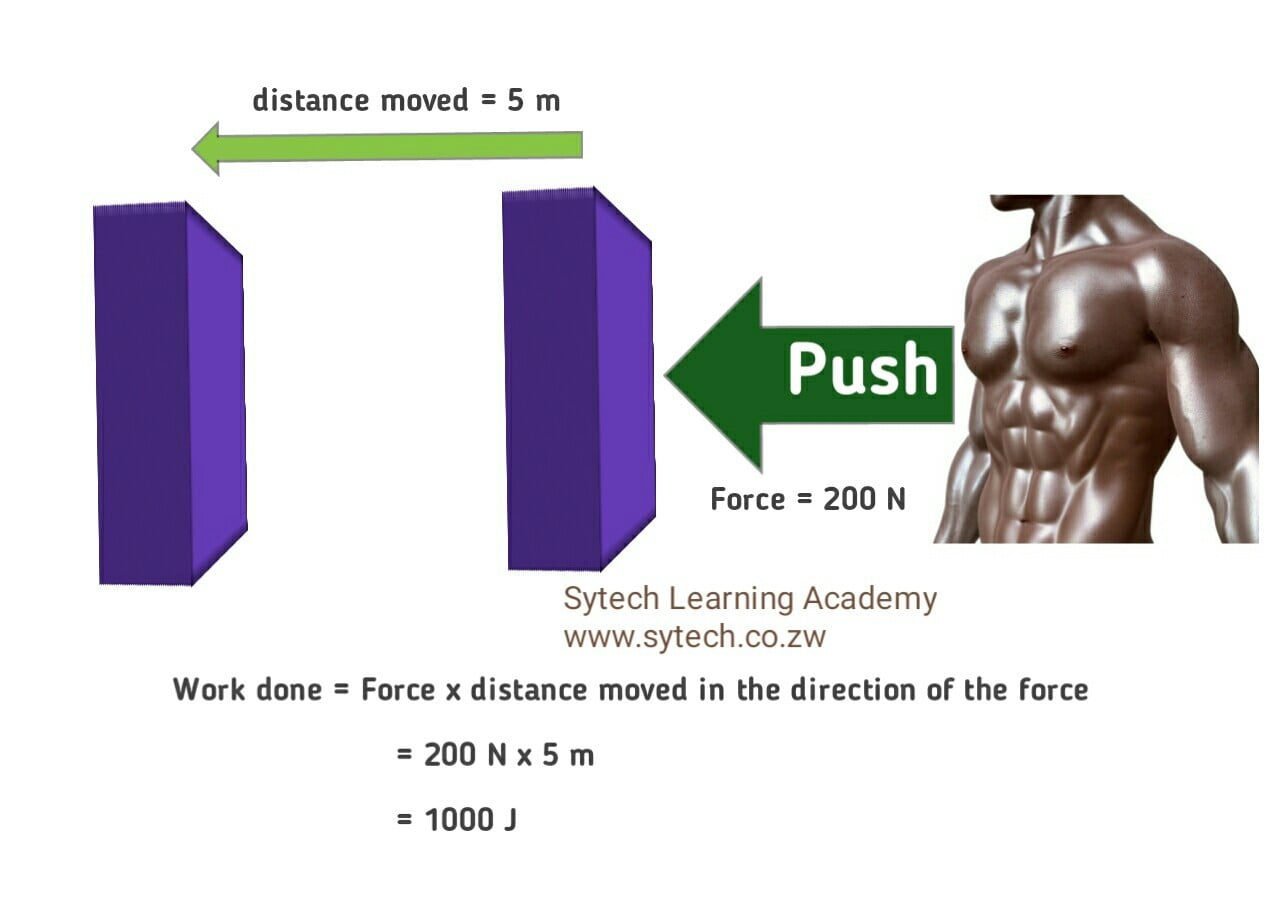 Relationship Between Work Done and Energy Transfered (A level Physics)

Relationship Between Work Done and Energy Transfered (A level Physics) In science, doing work is means transferring energy from one object to another. Work and energy are interrelated in the sense that work is a Read more…