The homologous series of alkanes (A level)

The homologous series of alkanes

The homologous series of alkanes is a family of saturated hydrocarbons with general formula CnH2n + 2.

Hydrocarbons are compounds containing carbon and hydrogen only. The main source of hydrocarbons is crude oil which is a mixture of fuels such as petrol, diesel, kerosene and natural gas. These fuels are separated from crude oil by fractional distillation since they have different boiling points.

Besides their use as fuels, hydrocarbons are also used as raw materials to manufacture many new compounds, such as plastics.

Crude oil as a source of alkanes and other hydrocarbons

Crude oil is the world’s main source of organic chemicals such as alkanes. It is called a fossil fuel because it was formed millions of years ago by the breakdown of plant and animal remains at the high pressures and temperatures deep below the Earth’s surface. Due to the fact that crude oil took millions of years to be formed, it is definitely a nonrenewable resource.

Crude oil is a complex mixture of hydrocarbons, mostly alkanes, cycloalkanes and aromatic compounds. Since crude oils is a mixture, its composition is not definite. Instead, crude oils from different sources have different compositions, typical containing variable proportions of

In addition to the above-mentioned components, crude oil contains small amounts of other compounds dissolved in it. These other compounds come from other elements, such as sulphur, in the original plants and animals the oil was formed.

Crude oil is a mixture of compounds of different boiling points and can therefore be separated by fractional distillation. This is done by heating it and condensing the fractions that boil over different ranges of temperatures. Each fraction is a mixture of hydrocarbons of similar chain length and therefore of similar properties.

The process proceeds as follows: 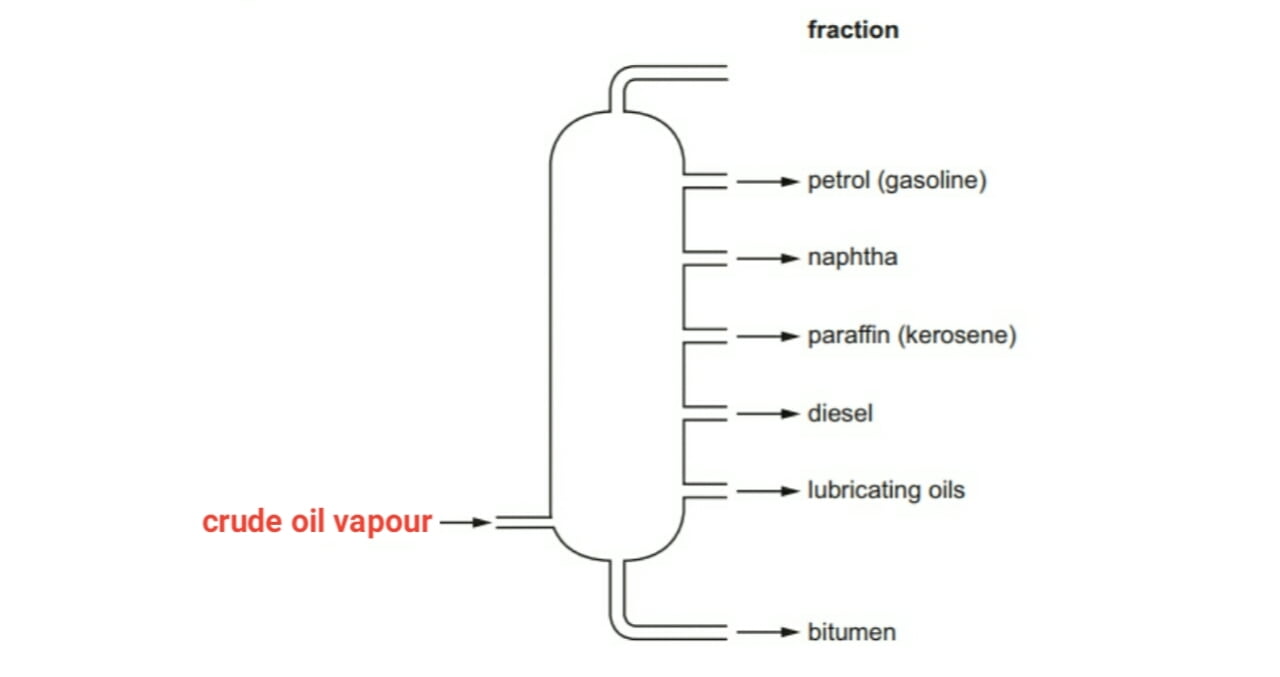 Fractional distillation is a physical process, and therefore no covalent bonds within the hydrocarbon molecules are broken. Only the van der Waals forces between the molecules that are broken and reformed during the process.

The general formula of alkanes

Alkanes have a general formula CnH2n + 2, in which n is the number of carbon atoms in the molecule. For example, an alkane with 4 carbon atoms has the molecular C4H2(4) + 2 which is C4H10.

The table below shows a list of the first 10 alkanes and their molecular formula.

Besides molecular formula there are many other ways of representing organic molecules, such as: 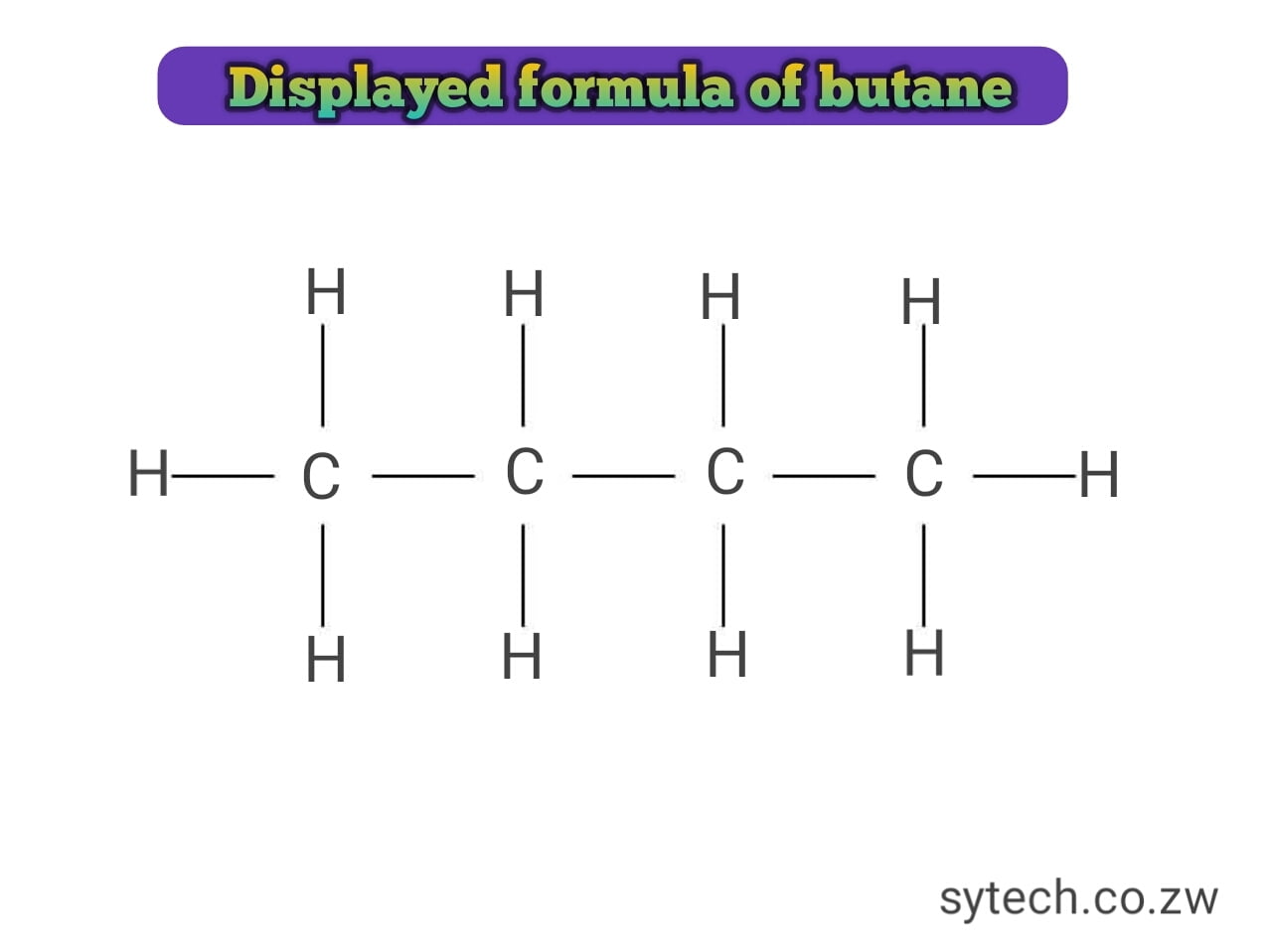 Alkanes are non-polar because the electronegativities of carbon and hydrogen are almost so similar and as a result, the only intermolecular forces between alkane molecules are weak van der Waals forces.

Boiling points of alkanes increase as the length of the carbon chain increase due to the increasing intermolecular forces.

Alkanes are insoluble in water because they are non-polar and also because the hydrogen bonds which hold the water molecules are much stronger than the van der Waal’s forces that act between alkane molecules. However, alkanes do mix with other non-polar liquids.