For example, a mixture of hexane and a little liquid bromine in a test tube will stay red-brown (the colour of bromine) in the dark. However, if you shine ultraviolet light onto the mixture, it becomes colourless (bromohexane) and misty fumes of hydrogen bromide appear.

The main reaction here is:

For example, 2-bromo-2-methylpropane means there is a : 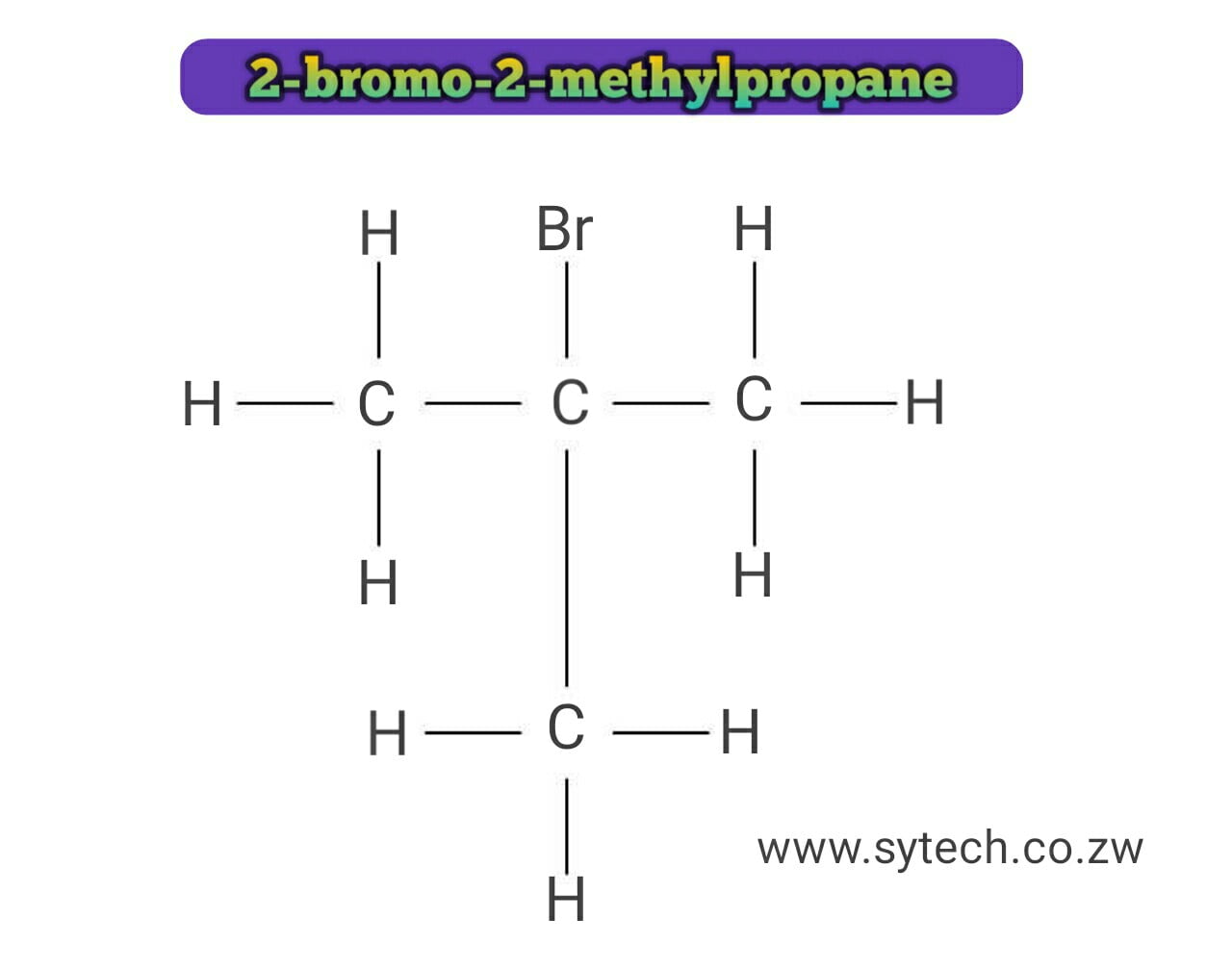 Halogenoalkanes have higher boiling points than alkanes with similar chain lengths because they:

Halogenoalkanes have a C-X bond which is polar, Cδ+-Xδ-, because halogens are more electronegative than carbon. This means that the carbon bonded to the halogen has a partial positive charge (electron deficient). The carbon can therefore be attacked by nucleophiles (reagents that are electron rich or have electron-rich areas). A nucleophile is an electron pair donor.

Using the polarities of the C-X bonds you can predict that the C-F bond is the most reactive, because it is the most polar.

The table below shows the electronegativities of carbon and the halogens.